The Hindu Marriage Act, 1955 ( 18th May, 1955 )
The word Marriage is know as word "Vivaha" (Sanskrit) and word "Vivaah" (Hindi) in India. According to Hinduism the marriage a sacrament known as "Sanskara" through which both husband and wife tie up themselves with each other in a divine knot for present life and upcoming lives. In other words Hindu Marriage is a union of male and female to pursue Artha, Dharma and Kama together. 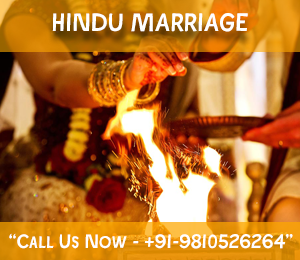